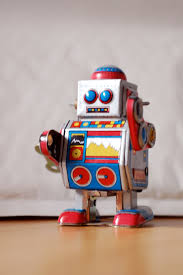 This will be a Fribrary for the ages.  An INFINITEBRARY, if you will.  What has no beginning, no ending, and yet still somehow is about to begin?  Find out on March 10.

I, for one, am tired of all those damn robots takin’ our jerbs!

As someone whose job is the automation of other people’s jobs, I’m part of the problem.  Help me fix it before the townsfolk show up with their pitchforks.  That is, if they can afford to buy pitchforks because they were all laid off from, of all places, the pitchfork factory.  And the only thing I seem to care about is the decrease in income taxes.  These people…they can’t afford pitchforks.  Their hay is unbaled, it’s never gonna get to market because, presumably, a pitchfork is required.  There’s no food on their tables, there’s hay everywhere, and all this guy cares about is lost income tax.